What Is a Pneumonia?

Pneumonia is an infection that causes inflammation in one or both lungs. Pneumonia is usually caused by breathing in bacteria, viruses or other organisms, including fungi. Occasionally, pneumonia is caused by accidentally inhaling food, liquids, vomit, chemicals or saliva into the lungs (called aspiration pneumonia).

Bacterial pneumonia tends to come on more quickly and hit harder than viral pneumonia. Pneumonia may develop following a cold or the flu. Smokers are more at risk of developing the condition than non-smokers.

Symptoms of pneumonia include coughing (including coughing up green and/or bloody mucus), fever, shortness of breath, fatigue, weakness, chest pain, muscle aches, headache, a “racing” heart, nausea and vomiting, diarrhea, and in older adults, confusion. Sometimes pneumonia causes a build-up of fluid in your lungs and the lining of your chest cavity.

Mild cases may be referred to as “walking pneumonia.” Serious cases can be life threatening, especially in young children, seniors, or those with lung conditions, heart failure or a compromised immune system. Pneumonia can recur if you return to your normal activities too soon.

Bacterial pneumonia is so associated with hospital and care home settings that pneumonia is often classified as either “hospital-acquired” or “community-acquired.” Being placed on a ventilator while in the hospital increases the risk of developing pneumonia. 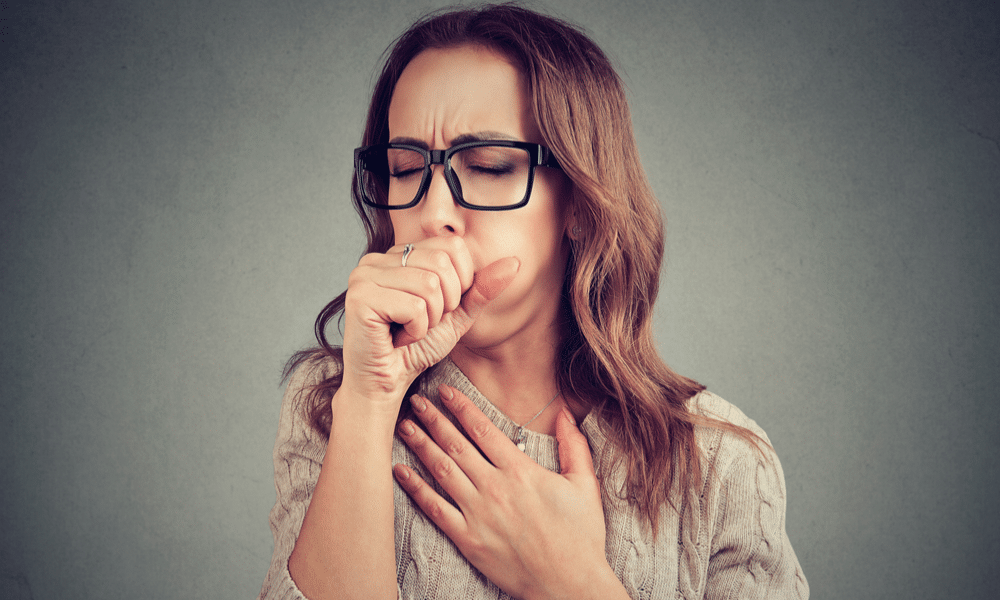 Five days after the birth of my third child, Hugo, I was diagnosed with seven different bacterial infections. No one could figure out why/how they occurred, but the most serious involved two bacterial infections in my blood (sepsis) and also a bacterial lung infection (pneumonia).

As an aside: I know why they occurred – it involves a mind/body pathology and I’ve written briefly about it here. Back to my story…

Unfortunately, we do not have any naturopathic or holistic hospitals in Vancouver, so I had to check into a regular medical hospital, BUT I agreed to do so only if my MD brother would oversee my treatment – thus ensuring my safety.

The first thing he did was to make them culture out the infective bacteria to identify the pathogens and see WHICH antibiotics were effective against the pathogens. Only then were they allowed to administer those antibiotics (which we knew would work).

This is not standard procedure. In many hospitals, they immediately start with a common antibiotic and hope it works. This means you could end up cycling through numerous antibiotic drugs until they find the one(s) that work. Obviously, this is not a good thing, since drug antibiotics create a lot of collateral and systemic damage. Not to mention the extra time you’ll spend in a very unhealthy (infective) environment.

Next, my brother Millan researched the drugs they said I should receive for 10 days and discovered plenty of recent research showing a seven-day course was just as effective, so my treatment time was cut to seven days, rather than ten.

I took my own Natren probiotics into the hospital with me. Since I was on IV antibiotics, I didn’t worry about scheduling (normally you would take probiotics two hours after antibiotic dose), but just took one tsp. of each powder, three times a day. I also did not touch the hospital food, instead drinking Absorb Plus shakes (with all the healing supplements added as recommended in The IBD Remission Diet) and homemade broth for all my meals, along with Emergen-C. The Absorb Plus was doubly needed since my mouth had broken out in painful ulcers from the antibiotics.

Lastly, I brought in my own 100% cotton bedding and used a lambskin (from Ikea) for a mattress pad – this keeps you from breaking out in bed sores or pressure sores.  The wool regulates your body temperature and it is just really comfortable. I also made sure the window was left open (just a bit) night and day to provide fresh air.

The woman in the bed next to me could not use the toilet, otherwise, I would have had to take extra precautions to ensure I didn’t pick up any infections from her feces. Regardless, I brought my own toilet paper and Kleenex.

At first, I didn’t want my children to visit and risk picking up an infection from the hospital (SARS, MRSA, etc.). But that was just too hard on all of us and so I had Ian bring them, but from the second they stood outside the hospital door, they had to clasp their hands behind their backs and were not allowed to touch anything (no door handles, elevator buttons, chairs, counters, etc.). In retrospect, it probably would have been easier to get them to put on a pair of disposable surgical gloves (available at any pharmacy).

When I checked out after a week in the hospital on IV antibiotics, my lungs still weren’t completely clear of fluid. So here’s what I did next to clear my lungs, further heal the damage done by the antibiotics and ensure against any secondary or opportunistic infection…

– Acupuncture daily for five days, then three times a week for a month, with infrared heat lamp on lungs.

– Intravenous vitamin C (the vitamin C must drip in slowly over three to three-and-a-half hours to be effective, no faster), 10 sessions, every other day.

– Intravenous hydrogen peroxide, 10 sessions, every other day. This is the heavy-hitter antibiotic, and although it gave me headaches on the day of treatment, it was well worth it.

– Inhaled glutathione (through a nebulizer) three times a week.

Something to keep in mind: Not only did the infection clear completely and all the fluid drain from my lungs, but there is also no residual scarring. It is now four years later and I have also not had pneumonia or any other bronchial infection occur during the winter.

This regimen would no doubt help viral infections as well – since between the vitamin C and the hydrogen peroxide, you’ll pretty much kill everything and give your immune system a tremendous boost (glutathione is also key for immune system and detox).

Unless you can find an integrative MD, all these therapies are available through a naturopathic (or perhaps an osteopathic doctor).

The only side effect is the IV hydrogen peroxide can sometimes cause a temporary headache in susceptible people. Also any good doctor will proceed/test slowly with the IVs initially, just to rule out rare allergies, etc.

I’m wary about trying hydrogen peroxide orally since my intuitive feel is that it might be too harsh for the GI tract. It would probably be fine for a normal person, but someone with a history of IBS or IBD would need to proceed/test very slowly; starting with diluted amounts and gradually building up to the recommended dose. Here’s a very detailed instruction manual for all methods of using hydrogen peroxide.

Something you can try at home is a hydrogen peroxide footbath. I don’t know how well it works and haven’t tried it myself, but many MDs have reported good results from it. Also, I know from applying progesterone to the soles of the feet that the uptake into the system is very good. 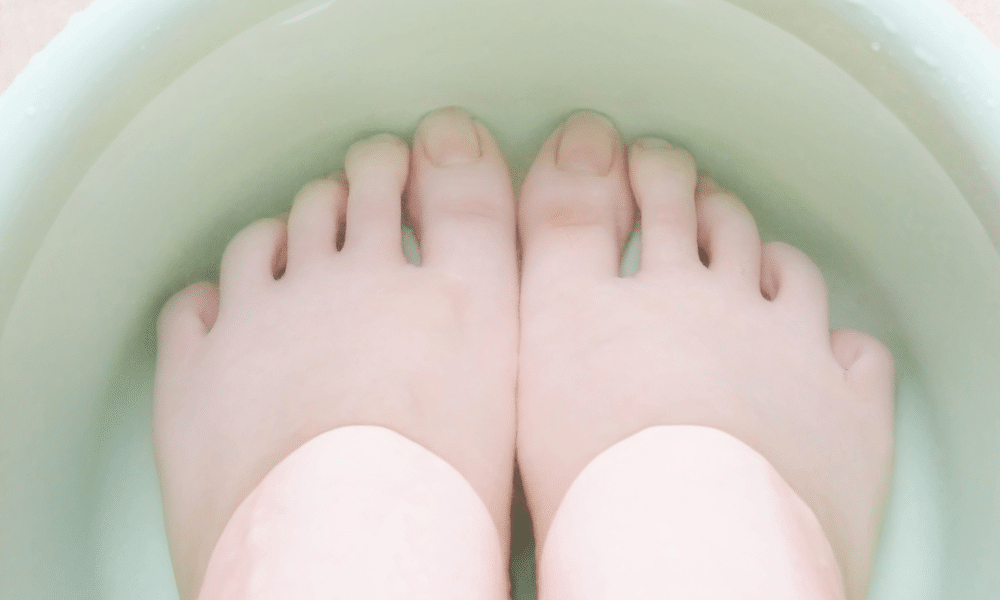 5 cups of warm water
8 ounces (1 cup) of 3.5% hydrogen peroxide (use food-grade to ensure purity)*
1 teaspoon of Epsom salts
1 foot tub (big enough to comfortably place your feet in without crunching your toes)

Soak feet for 15 to 20 minutes. If redness or irritation occurs, reduce the amount of peroxide used. This foot soak is also used by diabetics to restore leg circulation.

*A 3.5% solution can be made quite easily by first pouring one ounce of food-grade 35% hydrogen peroxide into a pint jar. Add 11 ounces of distilled water to this. This will make 12 ounces of 3.5% hydrogen peroxide. Be VERY careful when handling 35% hydrogen peroxide, as it will burn your skin instantly on contact. If it’s in a plastic bottle, direct the opening away from you when you open it, in case it spits some out from the pressure build-up.