A stricture is an abnormal narrowing of a passage or opening. Intestinal strictures often result from a build up of thickened scar tissue as a result of chronic intestinal inflammation such as in inflammatory bowel disease (particularly Crohn’s disease). Recent reports have associated strictures with a lack of “good’ protective bacteria and an overgrowth of bad bacteria (viruses, parasites, fungi, candida, etc.) in the small intestine.

An intestinal obstruction, or bowel obstruction, is a partial or complete blockage of the intestine or colon, stopping or slowing the movement of the contents of the bowel through the digestive tract. Common causes of bowel obstruction are strictures, hernias, tumors, impacted feces or a malfunctioning or twisted bowel.

Bowel obstruction and/or intestinal stricture symptoms vary depending on the degree of intestinal obstruction, but commonly begin with abdominal pain, bloating, and cramping. If the stricture continues to narrow, symptoms progress to more severe pain and bloating, nausea and vomiting, and constipation.

In severe cases, the strain of trying to force the contents of the bowel through an intestinal blockage can weaken parts the bowel and cause it to rupture, or perforate. A perforated bowel is a serious and dangerous condition that can cause shock and widespread infection. Bowel and colon perforation symptoms include fever, a very rigid abdomen, severe shaking or shivering, and constipation – where you’re not passing any stool, or even gas. A ruptured intestine is a serious bowel problem that requires immediate surgery, so if you find yourself with these symptoms, call an ambulance right away – delayed treatment could result in death. 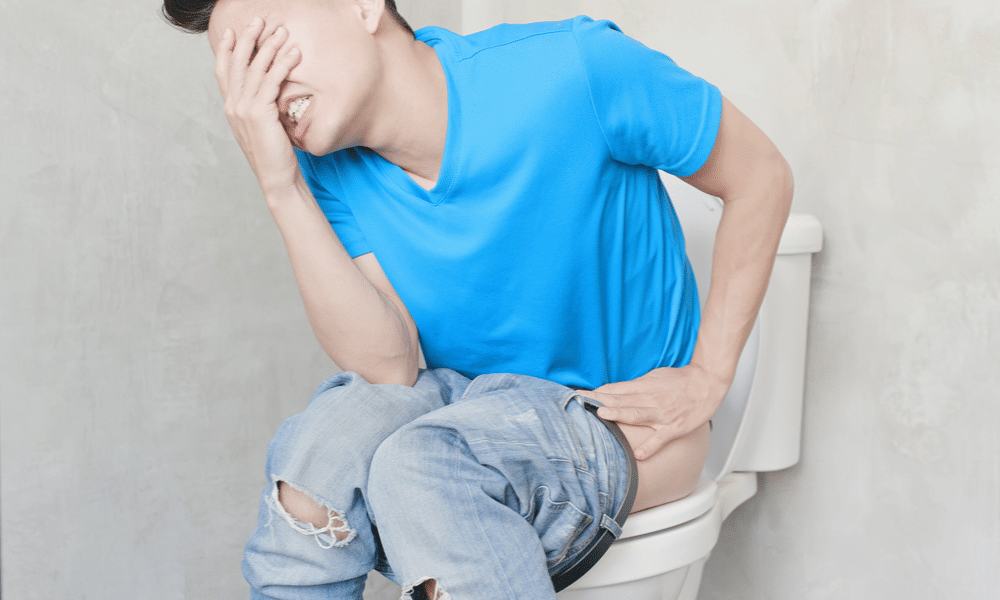 Note: This Natural Remedy Page provides only basic information about natural treatment for intestinal stricture or bowel obstruction. You can purchase the eBook Jini’s Healing Guide: Natural Treatments for Intestinal Strictures in our Shoppe for full, detailed instructions and dosages.

We have a tried and tested procedure you can use for bowel stricture and intestinal strictures and adhesions that has worked for many to relieve pain and release a constricted bowel obstruction (especially when paired with an elemental liquid diet):

Here is an excerpt from my eBook, Jini’s Healing Guide: Natural Treatments for Intestinal Strictures:

“Medical treatments for intestinal strictures include dilating or stretching the narrowed segment, or surgically removing it. Unfortunately, both of these procedures result in more scar tissue, and possibly recurrent inflammation (with post-operative intestinal fistulas and abscesses), so neither are an effective long-term solution.

Until now there has only been three likely treatments for a serious stricture or bowel blockage in the small or large bowel:

GIFT FOR YOU: Be sure to get my Free eBook: What You Need To Know About Colonoscopy by signing up below.

What You Need To Know About Colonoscopy

The great news is we now have an entirely new treatment for strictures (scar tissue) in both the small intestine and colon that actually dissolves the thick, fibrous tissue and restores the area to normal tissue. Yes, the stricture can actually disappear after 2 to 6 months of treatment. If this seems fantastical to you, read on and I’ll explain in detail how this occurs and what we’ve learned thus far from our experiments with this new Intestinal StrictureHeal protocol.

As a result of our experiments with numerous natural substances that soften, dissolve or transform scar tissue, we now have an experimental protocol for softening, and perhaps even completely healing, intestinal stricture or bowel obstruction, called Intestinal StrictureHeal.

In addition, even if you heal your existing stricture(s), but you don’t address the underlying infection and inflammation that is causing them in the first place, it won’t be long before you have additional, or recurring strictures. So by doing both the oral and the topical protocols, you are addressing both the root cause and the symptom at the same time.”

IMPORTANT: Please be fully aware that this is an EXPERIMENTAL protocol. Currently 540 people have downloaded the eBook, but we do not have enough reports back yet to make any definitive claims for this healing protocol. The healing substances used in this protocol are:

My own brother used Intestinal StrictureHeal to completely heal a “strong fibrotic stricture” (diagnosed by ultrasound) in 9 weeks. His complete healing was confirmed by colonoscopy. We have ongoing reports and questions coming in all the time on my blog post, Natural Healing For Intestinal Strictures, so feel free to check that out first.

In the meantime, if you wish to follow the protocol given above to RELIEVE the pain and soften the stricture, here are the instructions for the hot castor oil pack… 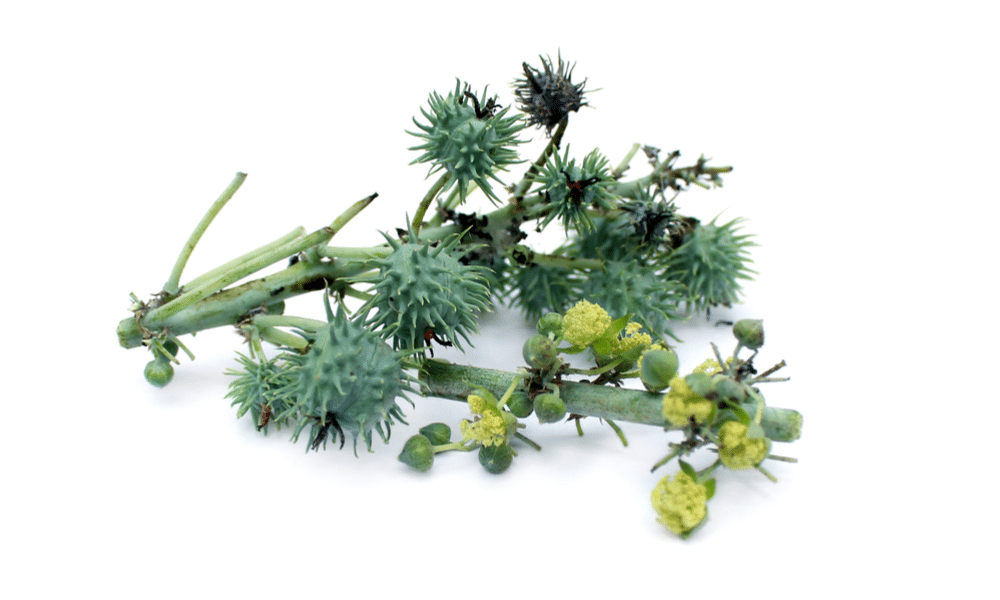 I have used a hot castor oil pack repeatedly on myself and many of my family members for many reasons (usually pain, cramping or spasming) and it has never failed to provide significant, and usually total, relief.

Cut a piece of plastic that will cover the flannel with at least 1 to 2 inches extra around the border of the flannel. Drizzle approximately 1/4 cup of castor oil onto the flannel, then fold it in half to saturate. The pack should not be dripping with oil – it should have just enough oil to make a slight oil mark on furniture, as if you were going to polish it.

NOTE: The first couple of weeks you use the pack you will have to apply a tablespoon or so of oil about every 3 to 4 days. Eventually the pack will be saturated enough that reapplication of oil should only be needed every couple of weeks.

Lay out an old towel on the surface you will be lying on. Castor oil stains, and you want to avoid getting it on sheets, carpet, or clothing. Lie on your back and place the saturated flannel on your abdomen. Cover the flannel with plastic. Then place the thin dish towel or old cloth over the plastic. Place a hot water bottle or heating pad over the thin towel and plastic, and wrap the bath towel around you to hold it all snug.

Relax for 30 to 60 minutes. This is an excellent time to practice visualization, meditation, or deep breathing exercises, listen to classical music or sleep – or to watch a good movie! Finish up treatment with Colonic Massage, see my video below for instructions.

When finished, you can remove the oil with warm water and soap in the shower. I prefer to just wipe my abdomen with an old towel and leave the oil on my skin to be completely absorbed while I sleep (I apply the pack at night, before bed – but I sleep on a towel or old sheets, as even the oil residue can stain).

Store the pack in a large zip-lock bag. You can reuse it many times, adding more oil as needed to keep the pack saturated. Replace the pack after it begins to change color (usually several months). Do not wash the flannel – just throw it out.

NOTE: This Natural Remedy Page provides only basic information about natural treatment to relieve intestinal stricture or bowel obstruction. However, we do have a new experimental protocol to completely dissolve the scar tissue and permanently heal the stricture, called StrictureHeal. Purchase Jini’s Healing Guide: Natural Treatments for Intestinal Strictures eBook in our Shoppe for full, detailed instructions and dosages StrictureHeal.