What Is Radiation Detox?

Radiation is present everywhere in our environment. Natural sources include cosmic radiation from the sun and the stars and naturally radioactive materials like uranium and radium in the earth’s soil and rocks. Manmade sources of radiation include building materials, combustible fuels, x-ray security systems, and even smoke detectors, televisions, and luminous watches. The most significant source of man-made radiation is medical sources such as diagnostic x-rays and nuclear medicine.

But when most of us think about radiation, we think about nuclear radiation – powerful energy released from the nucleus of atoms. We worry about frightening incidents like the Three Mile Island reactor meltdown in the U.S. in 1979, the Chernobyl accident in the Ukraine in 1986, or the more recent March 2011 nuclear crisis at Japan’s Fukushima nuclear plant. 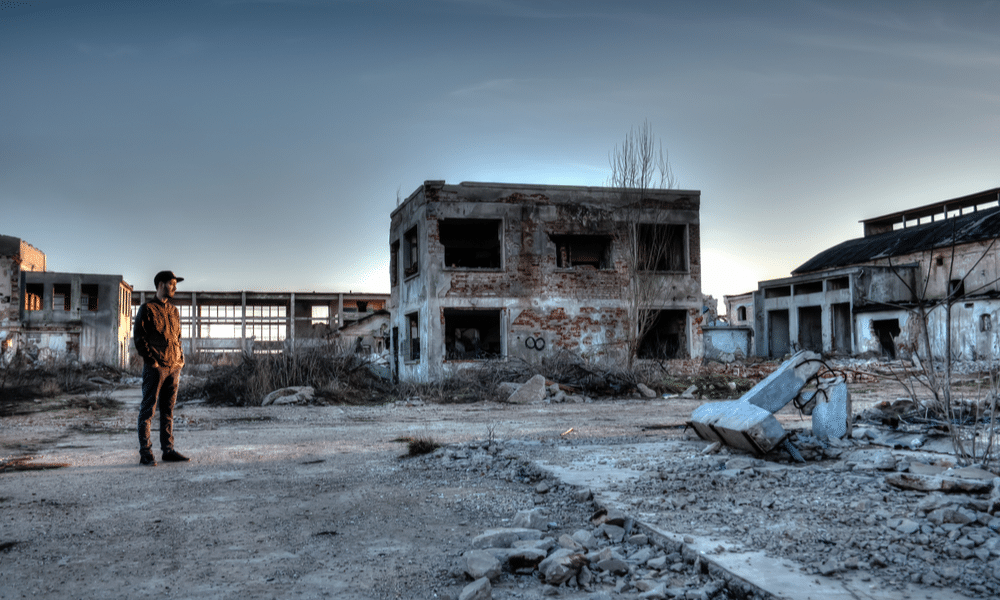 The symptoms of radiation sickness vary widely depending upon the degree and length of exposure to radiation, and the resulting cell damage. The gastrointestinal system and the bone marrow are particularly sensitive to radiation. Symptoms such as nausea, vomiting, diarrhea, headache and fever appear within hours, while others such as hair loss, dizziness, weakness, fatigue, bloody stools, low blood pressure and infections appear within days to weeks. Cancer and genetic mutations may not appear until years after exposure.

It’s enough to make you crazy – as if we don’t have enough to worry about with GMO foods, pesticides, pollution, factory farming, industrial waste dumping and WiFi radiation – now we have to deal with nuclear radiation as well! Because, of course, we live in a global community where winds and oceans don’t just stay fixed within each country’s borders.

Having said that, a major part of getting healthy – and staying healthy – involves a positive mindset and feeling safe. So if you’re finding it hard to not slide into, “Stop the world, I wanna get off!” mode, try using this affirmation (or re-frame if you use EFT):

This day, right now
I am safe

This will help to keep you centered in the present, where you can actually do things to protect yourself and heal yourself, instead of floating in unspecified anxiety for the future. It may be hard to affirm, “I am safe at all times” if you’ve had any kind of a rocky life to date. Also, history doesn’t confirm that blanket statement either – much as we wish it were true.

So what I find more valuable is to focus on this moment and this day. Today, right now, am I safe? Well, yes I am. I’m 99.9% certain that I will not be arrested, kicked out of the country, tortured, or killed today. So yes, that’s a statement I can make AND I can use the acupuncture points to integrate that statement/reality with my physical body:

This day, right now
I am safe

So in that light, let’s move on to the things you can do to detox yourself from nuclear radiation fallout (from Fukushima, or Chernobyl, or wherever’s next until we get some sane leaders to ban this disastrous technology).

These excellent guidelines are provided courtesy of Damien Downing, MD and interestingly enough, a number of these substances (particularly phosphatidylcholine) were also recommended by Carolyn Dean MD ND in our Candida, Detox & More! teleseminar.

What can you do?

For each radionuclide there is a different risk and a different set of measures. The US Department of Homeland Security funded a guidelines paper in 2006 [8].

Radioactive iodine-131 For this threat, we take regular iodine, to minimize the amount of the bad stuff that gets taken up by the thyroid. Various forms, such as potassium iodide, do work, but only if given before or within 12 hours of exposure. And, since I-131 has a half-life of 8 days, by the time it gets from Fukushima to the USA there won’t be much radioactivity left. So don’t worry about that one.

Uranium (half-life: thousands of years) is present in Fukushima in large quantities in the fuel rods. No reports of it being found in the environment yet, but there’s plenty of time. And even depleted (non-radioactive) uranium is a highly toxic heavy metal, and one to which anybody who served in Gulf I or II, or in Bosnia or Kosovo, has probably been exposed. So a Fukushima exposure would just add to that toxicity. For uranium there are protocols worked out by the US military. Large doses of sodium bicarbonate (baking soda, in the orange box) minimize the damage caused by uranium and encourage its excretion in the kidneys. You can buy bicarb in bulk for less than a dollar per pound. It is certainly worth stocking up on. You can absorb it through the skin, so a good fistful of baking soda in a warm bath, which you sit in for 15-20 minutes, is the simplest way to take it in.

Cesium-137 has a half-life of 30 years, and like uranium is still a toxic metal even when not radioactive. The US government stockpiles the chemical Prussian Blue for removing cesium. [9] Prussian Blue is ferric ferrocyanide – Fe7(CN)18 plus a load of water. It is not absorbed from the gut; it can only trap cesium (and also thallium) as it is recycled through the bile to gut to blood again. It works by cutting the biological half-life (time to get rid of half the total body burden) from about 80 days to 25. But that would still take 3 months to bring the level below 10% of starting, which is plenty of time to do harm. Prussian Blue was used in photography before we went digital, so there might be some left in your garage. Leave it there and DO NOT try this at home. Prussian Blue contains cyanide, a strong poison. 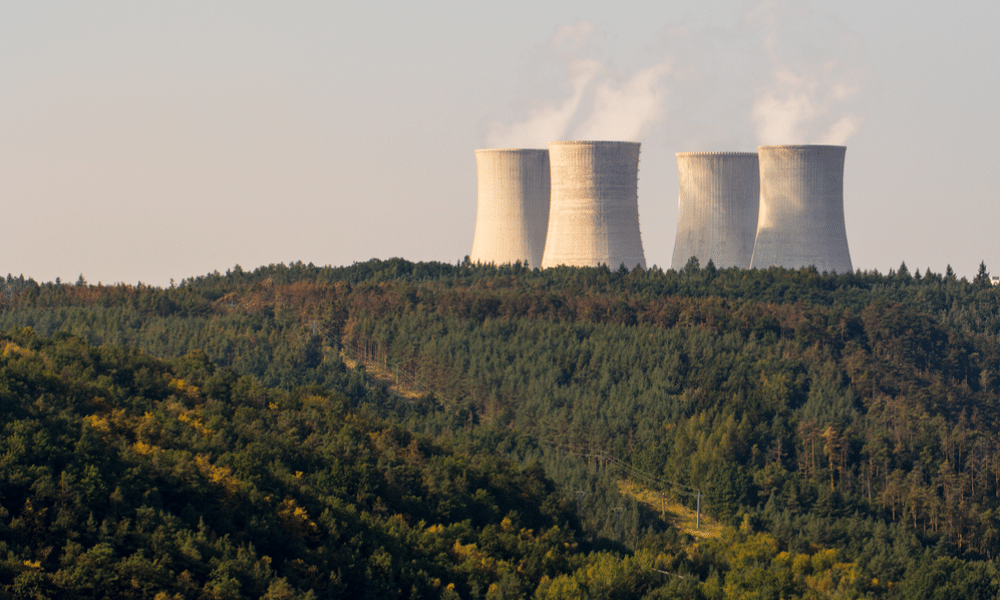 Plutonium: When uranium is used in a reactor it converts to plutonium, which is a big worry. Plutonium is extremely dangerous. It is estimated that 1 gram could kill ten million people. This is what CDC has to say [10]:

Because it emits alpha particles, plutonium is most dangerous when inhaled. When plutonium particles are inhaled, they lodge in the lung tissue. The alpha particles can kill lung cells, which causes scarring of the lungs, leading to further lung disease and cancer. Plutonium can enter the blood stream from the lungs and travel to the kidneys, meaning that the blood and the kidneys will be exposed to alpha particles. Once plutonium circulates through the body, it concentrates in the bones, liver, and spleen, exposing these organs to alpha particles. Plutonium that is ingested from contaminated food or water does not pose a serious threat to humans because the stomach does not absorb plutonium easily and so it passes out of the body in the feces.

What can you do about it? There are no grounds for thinking iodine or bicarbonate will work. The medical recommendation at present is DTPA, which is a version of EDTA – a chelating agent, specific to transuranic elements.

In each of the above exposures, of course you should get to a doctor, fast, and get the appropriate treatment. But an exposure coming from Fukushima is likely to be a dirty mix of any or all of these, so we need some universal measures.

THERE ARE THREE WORTHWHILE TREATMENTS – ALL OF WHICH YOU CAN DO FOR YOURSELF:

It’s easy to get down the health store and buy some bottles of these, and in these circumstances an overdose is the last thing to worry about. While the shelves are full of nutritional and herbal products that might help, my personal advice would be to take:

This amino acid is known to chelate certain minerals, but there’s no evidence that it works on radioactive ones. Some experts say nothing does. However, it’s a crucial antioxidant, which will protect against radiation damage and help to mop up the toxic molecules produced. Take loads; say 1,000 mg three times daily. And because it can be tricky to absorb, consider using the oil-based version that you rub into your skin.

Personally, I like to inhale glutathione using a nebulizer – this also makes sense since the radiation is likely airborne and you will be breathing it in. Glutathione can be ordered from compounding pharmacies like Key Pharmacy 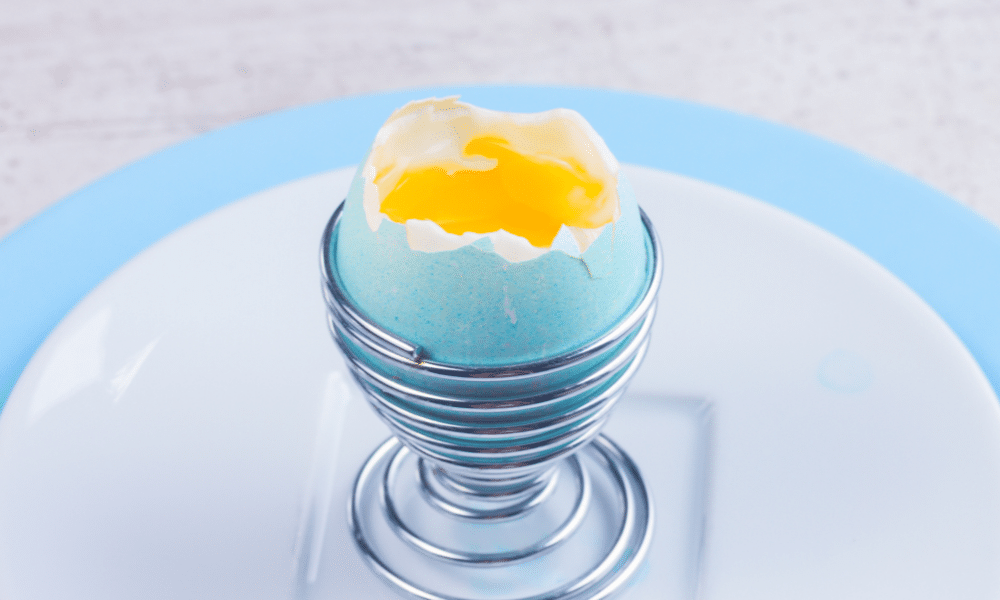 If you turned up in the ER in an eastern bloc country with acute radiation exposure, they would give you a IV shot of phosphatidylcholine. It is found in egg yolk, organ meats, and lecithin supplements and is easily absorbed into our membranes as a phospholipid. There are no human experiments I know of, thankfully, but this is backed up by some doctors:

Ionizing radiation first disturbs the phospholipid metabolism, then provokes severe inflammatory reactions, and finally leads to death…. The survival of rats exposed to lethal doses of radiation was clearly prolonged with phospholipid supplementation. [11] You can get liquid or capsules; take at least a tablespoon or equivalent daily, with food.

If you’ve got the time, it’s wise to build all of these up slowly, or they may give you loose bowels for a few days. If you haven’t got the time, you have bigger things to worry about.