Headaches, or pain in the head and neck, can come in many variations. Headache causes range from allergies and eye strain to tension and tumours. There are 150 diagnostic categories of headaches, with varying symptoms and degrees of severity.

Headache pain can be situated in one spot (such as behind the eye or in the back of the head) or over the entire head, be throbbing, steady or stabbing, and range from annoying to debilitating. Headaches can occur rarely or daily, and last from minutes to hours, or even days. 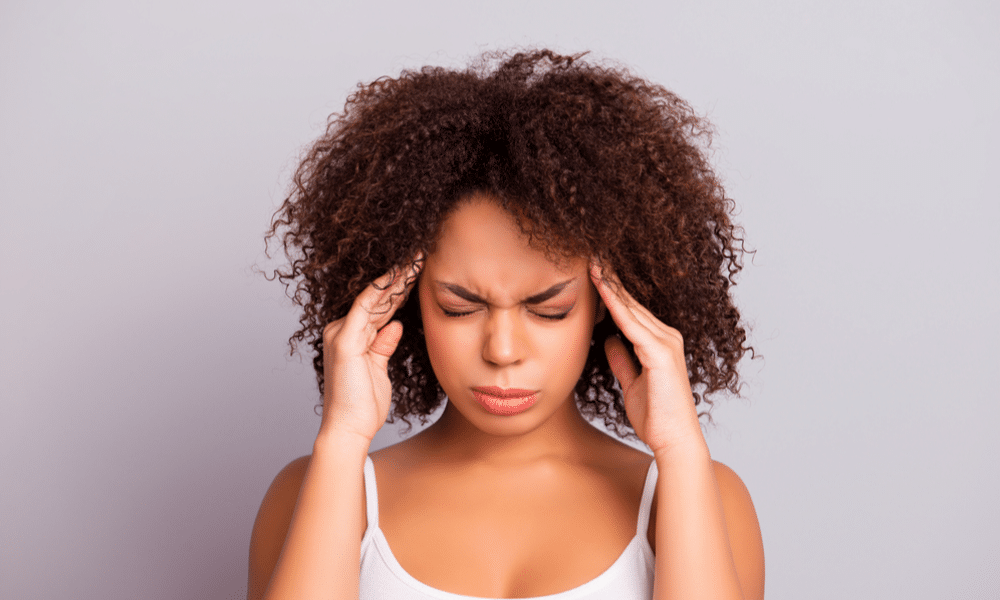 Tension headaches, migraine headaches, sinus headaches, cluster headaches, even hangover headaches – we’ve all experienced some sort of headache, some of us on a regular basis. Usually, we run to the medicine cabinet for a supposedly harmless over the counter headache reliever, usually a NSAID (nonsteroidal anti-inflammatory drugs) like aspirin, ibuprofen and naproxen.

WHY YOU SHOULD ONLY USE NATURAL HEADACHE TREATMENTS

But most of us are unaware that NSAIDS may cause ulcers, bleeding, or holes in the stomach or intestine. NSAIDs cause thousands of hospitalizations and deaths every year due to gastrointestinal bleeding. NSAIDs can also boost blood pressure. According to MedlinePlus, people who take nonsteroidal anti-inflammatory drugs (other than aspirin) may also have a higher risk of having a heart attack or a stroke than people who do not take these medications.

Acetaminophen (Tylenol) is not an NSAID and is not believed to carry the same risk of gastrointestinal bleeding, but can cause liver damage if overused, especially in people with liver problems, or those who drink alcohol regularly.

Nearly one-third of all gastrointestinal bleeding related hospitalizations and deaths are the result of using aspirin, ibuprofen, or other NSAIDs (nonsteroidal anti-inflammatory drugs), according to an August 2005 report in The American Journal of Gastroenterology. You may think, “Oh well, I’m only on low-dose aspirin (or baby aspirin), and my doctor told me to take it for heart attack prevention.” However, up to one-third of these GI bleeding deaths were due to low-dose aspirin.

In real-life numbers, this means that out of every 100,000 people that use aspirin, ibuprofen and other NSAIDS, 15 will die from it. If these odds look okay to you, then carry on. But if they seem rather high, and out of proportion to the reason you’re using painkillers, then you may want to look at some natural alternatives.

Fortunately, there are very powerful natural headache remedies you can use that do not have harmful side effects, such as an effective herbal painkiller used by Chinese, Indian and Native American Indians for centuries; acupuncture, and a do-it-yourself tapping technique. You can become pain-free – with no damaging side effects.

Taking a pill or supplement that kills the pain for a few hours is a coping mechanism, not a solution. You have to find out WHY your body is experiencing pain and heal/release the root or cause of that pain from your body. If you find yourself in need of a painkiller, you should investigate both EFT (Emotional Freedom Technique) and acupuncture if you want long-term results.

I particularly like EFT (which involves tapping on acupuncture meridian points) for this, because once you know how to do it, you can perform it on yourself and do not have to see a therapist for relief. EFT is amazingly effective with all kinds of pain; headache pain, back pain, gut spasming, joint pain, etc.

See my special webpage for more resources and information on EFT.

A 2012 report by the National Institute for Health and Clinical Excellence (NICE) suggests healthcare professionals consider suggesting patients take a course of up to 10 sessions of acupuncture over a period of five to eight weeks, to help prevent chronic tension-type headaches.

Therapeutic yoga (not just regular yoga) and Yamuna Body Rolling (using soft balls to massage yourself by rolling on them) are both excellent therapies that address the root cause of many headaches. Don’t forget, your head doesn’t just float along up there by itself! Many people with chronic headaches are best served by using yoga or body rolling that they can learn and then use themselves every day at home.

I have been using therapeutic yoga and Yamuna Body Rolling to treat my own neck, shoulders and spine at home for years and I am very excited to say that not only did I become pain-free fairly quickly (a couple of weeks) but my spine is straightening too! I started with a grade 2, S-curve scoliosis and the bottom is now straight (except for a slight rotation) and the top part is about 30% improved. If these therapies can straighten an adult spine, you know they can relieve any restriction and alignment issues in your neck and shoulders that may be causing your headaches.

A.R.T. (Active Release Technique) is another great therapy, usually performed by chiropractors or physiotherapists, that provides huge relief, very quickly for spasming or locked up shoulders and neck.

And don’t forget to look at the postures and positions you are sitting and working in all day long, that may be causing your headaches.

Another common cause of headaches is due to sinus congestion, during cold or allergy season. A quick, yet very effective remedy for this is to apply a small amount of Olbas Salve (a natural decongestant and analgesic ointment from Switzerland) to your temples, across the middle of your forehead, and along the bony ridge under your eyes. Many members of my family swear by this remedy.

If you have an actual sinus infection, or you are suffering from seasonal allergies, then see my full treatment page for each of those conditions.

One of the best known natural painkillers is white willow bark (from which aspirin was derived). White willow bark was originally used by Native American Indians, who boiled it to make a tea they drank to alleviate pain. The bark of the willow tree was also used to treat pain and fever 2,500 years ago by Chinese physicians.

In the 19th century, western scientists discovered the active ingredient in willow bark was salicin, a natural chemical which the body first converts into saligenin and then into salicylic acid. Using this model, German chemists synthesized acetylsalicylic acid (an non-natural molecular structure, and therefore able to be patented by the Bayer drug company), from which all pharmaceutical ASA (acetylsalicylic acid) products are made. However both ASA and natural salicin work in a similar way.

White willow bark reduces pain by blocking the body’s production of inflammatory prostaglandins, hormone-like substances involved in inflammation and muscle contraction. White willow bark is also a very effective fever reducer. You can buy it in capsule form and either swallow it or open the capsules and mix the powder with cocoa butter to make a suppository (I do this for children – but make sure to reduce the dosage appropriately).

In its centuries of use, there have been no contra-indications recorded from the use of white willow bark, or salicin. Traditionally, it has proved safer then Aspirin and other synthetically derived salicylate based anti-inflammatory drugs. No cases of any serious side effects have ever been reported in medical literature. It is gentler on the stomach, and has a less toxic effect on the body in general.

There are several restrictions on use: white willow bark should not be taken with aspirin, or by those sensitive to salicylates (found in foods like berries, currants, prunes and raisins). People with gastritis or ulcers should also avoid it, or use it in suppository form only. It should not be used by children under the age of 16, for the same reason aspirin should not be used: there is the potential for developing Reye’s Syndrome in children during a viral infection.

I’ve had numerous people test white willow bark as a natural headache treatment, and they all said it worked as well as a drug painkiller. You can take white willow bark for immediate relief and to hold you over while you’re learning EFT (Emotional Freedom Techniques). Then, once you’ve addressed the root and cause of your headache pain using a techniques like EFT, acupuncture, therapeutic yoga, body rolling, A.R.T., etc. you’ll be truly pain-free for the long term and won’t need any herbal or drug painkillers.