Gout, or gouty arthritis, is believed to be the most painful type of arthritis. Cases of gout are on a decades long upswing, affecting almost 850 out of every 100,000 Americans, mostly men. Gout is caused by a build up of uric acid in the joints. Uric acid is a naturally occurring chemical produced when the body breaks down purines – a type of protein found in the body, and in most foods.

In normal quantities, uric acid is a natural and healthy antioxidant, helping to prevent damage to blood vessels. But an excess of uric acid forms needle sharp crystals that irritate and inflame the cartilage around the joints, usually at the base of the big toe (also called podagra), although it can strike other joints such as the knees or the elbows.

Symptoms of gout include a sudden onset of excruciating pain, swelling, redness, heat and stiffness in the affected joint. Many podagra sufferers cannot even bear the pressure of a sock or even a sheet on their foot during an attack. Gout attacks are usually intermittent, flaring up every few months to every few years, and lasting from a few days to a few weeks. In severe gout, the uric acid can form knobby, chalky lumps in the joints or under the skin called tophi. 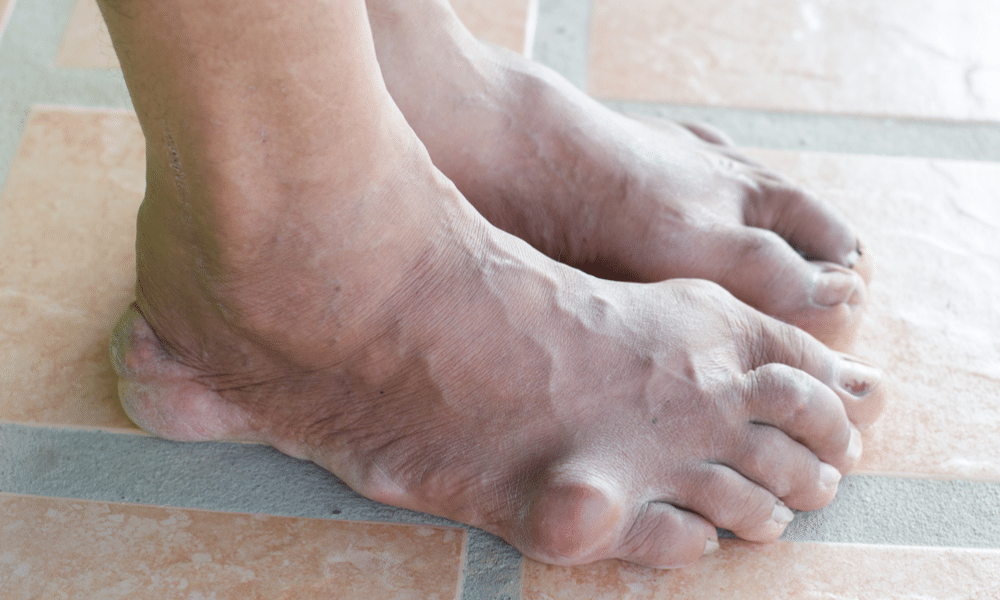 More recently, a large long-term study demonstrated that some high purine foods that gout sufferers have traditionally been told to avoid, including mushrooms, peas, beans, cauliflower and spinach, are not associated with attacks of gout. The researchers also discovered that eating low fat dairy products can decrease the risk of gout attacks.

According to Dr. Thomas Cowan, misconceptions about gout abound. He says the newer theories about gout recognize that the disease is not simply a result of high-protein or purine intake, but is associated with excessive carbohydrate consumption, particularly refined flour and sugar. This explains the known connections between obesity and gout, and the connection between high uric acid levels and insulin resistance.

We now know it’s not always high levels of uric acid that bring on a gout attack – a rapid rise or drop in uric acid levels, perhaps as a result of a change in diet, can also trigger a flare-up. Dr. Gowan views gout as a problem of the kidneys not being able to excrete enough uric acid to prevent a buildup, rather than simply a matter of excessive protein intake.

Perhaps the best-known natural remedy for gout is tart cherries or concentrated cherry juice. World-renowned nutritional medicine expert and Linus Pauling Award winner Dr. Jonathan V. Wright recommends gout sufferers drink 32 ounces of pure cherry juice (no sugar or preservatives added) at the first sign of an attack. “Although no one is sure why or how it works,” says Dr. Wright, “Studies have shown that cherry juice usually eliminates the pain of acute gout.” Dr. Wright maintains that drinking 1 to 3 pints of cherry juice over the course of a few days will eliminate gout pain.

A 1999 study reported by the world’s largest scientific society, the American Chemical Society, in the Journal of Natural Products showed that consuming about 20 cherries relieved the intense pain and inflammation of a gout attack as effectively as top-selling anti-inflammatory medications like Aspirin and COX-2 inhibitors such as Celebrex. Capsules of cherry concentrate reduced inflammation at 1/10 the dosage of Aspirin.

But when cherry growers began to cite this scientific research, the FDA sent warning letters to 29 companies threatening regulatory action if they didn’t remove the scientific evidence regarding the anti- inflammatory properties of cherries from their websites. 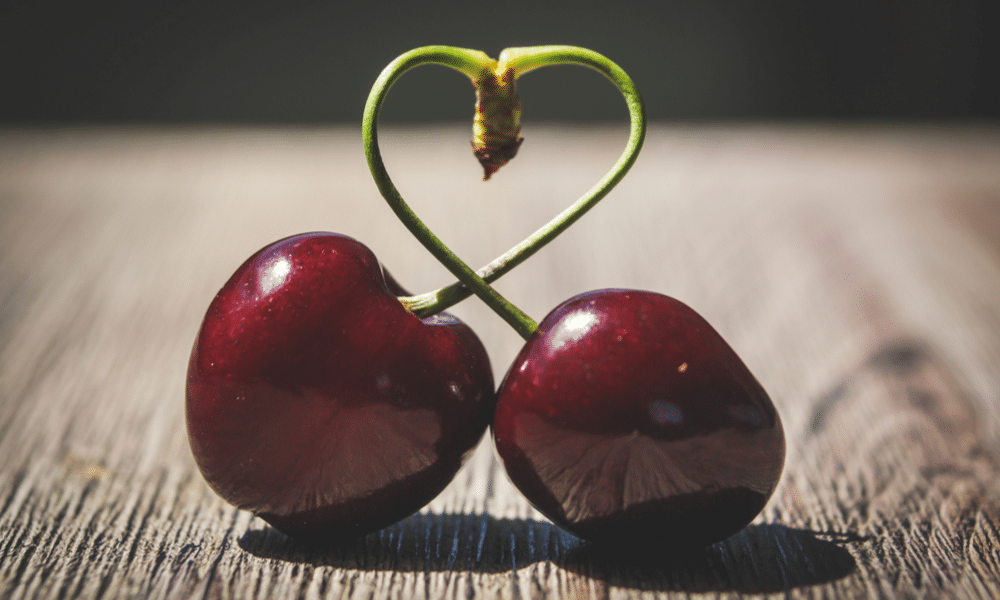 Dr. Wright has developed another unique treatment to manage uric acid and control gout – low-dose lithium combined with high-dose vitamin C. For well over a century, doctors have known that lithium makes uric acid more soluble and less likely to crystallize, and research has shown that vitamin C promotes the excretion of uric acid into the urine.

Dr. Wright recommends 10 to 15 mg of lithium orotate, twice daily, and 2 grams of vitamin C, twice daily. Although most people think of lithium as a drug, it’s actually a mineral – part of the same mineral family as sodium and potassium. This dosage of lithium is unlikely to cause any toxic effects.

But to be on the safe side, Dr. Wright also recommends 1 to 2 teaspoonfuls of flaxseed oil (or another fatty acid) daily, along with 400 IU of vitamin E, to offset any possible negative responses. He also recommends that this regimen be monitored by a doctor who’s familiar with complementary and alternative medicine.

According to Dr. Wright, “Although there are no published studies on this topic, over the years I’ve found the combination of low-dose lithium (10 to 15 milligrams twice daily) and vitamin C (2 grams twice daily) can be very effective in preventing recurrent attacks of gout. Vitamin C significantly reduces serum uric acid levels. Lithium makes uric acid more soluble so it doesn’t crystallize into painful ‘needles’. These two actions combine to significantly reduce gout attacks.”

Other health practitioners also stress the importance of healthy oils to treat gout, including flax oil, coconut oil, fish oil, cod liver oil, or Udo’s Choice Oil Blend. Mainstream and alternative medical professionals emphasize the need to drink 8 to 10 glasses of water or other non-alcoholic beverages daily to help dilute uric acid and flush it from your body.

Making the blood less acidic is said to lessen its ability to hold uric acid. To alkalize your blood and add beneficial magnesium (helpful for a wide variety of ills) to your body, take 1 tablespoon of Bone Support (a nanoparticle-sized blend of key minerals needed for bone and teeth health) 4 times a day (last dose right before bed).

Note: If you cannot afford Bone Support minerals to alkalize, then you can use baking soda (sodium bicarbonate) instead. Take 1/2 teaspoon 4 times a day, dissolved in 8 ounces of filtered water (take the last dose right before bed). However, this remedy has a much stronger taste and is not as beneficial, since along with the beneficial minerals (including lots of magnesium), it contains a lot of salt (sodium).

People with appendicitis, heart, kidney or liver disease should not take baking soda. If you take too much baking soda for too long, you can develop a condition called alkalosis, in which the ph of your tissues is elevated.

Another popular natural remedy for the pain and inflammation of gout is Epsom salt. Epsom salt gets its name from the town of Epsom in England, where it is distilled from springs rising in an area where porous chalk hills meet non-porous clay. Epsom salt is composed of magnesium, sulpher and oxygen, and is also known by its chemical name, magnesium sulphate.

Both magnesium and sulphate can be absorbed through the skin, which is the body’s largest organ. Epsom salt’s ability to relax muscles, reduce swelling, relieve pain, fade bruises, draw out toxins and soften skin has made it the primary ingredient in most bath salts. Of special interest to gout patients, Epsom salt also increases the secretion of uric acid through the skin.

Soaking a gout-affected foot in a footbath of warm water and Epsom salt can provide almost immediate relief for many gout sufferers. Add 2 cups of Epsom salt to a standard size bathtub of warm water (or 1 cup to a warm footbath) and soak for 12 to 20 minutes 2 to 3 times a week (more often for foot baths). Some people claim adding 1 cup of vinegar (preferably apple cider) per every 2 cups of Epsom salt enhances its effects as a gout treatment. I like to add 1 ounce of magnesium oil to the bath water (or foot bath) along with the Espsom salt. I get my Epsom salt in bulk at Costco.

You can also make a compress by dissolving 2 cups of Epsom salt in a gallon of warm water, soaking a cloth or towel in it, and wrapping the cloth around the sore joint (usually the big toe). Some people use a thick sock to hold the compress against the effected area. You can also cut the end off an old sock and use it to secure a compress applied to arthritic knees, wrists, and elbows. 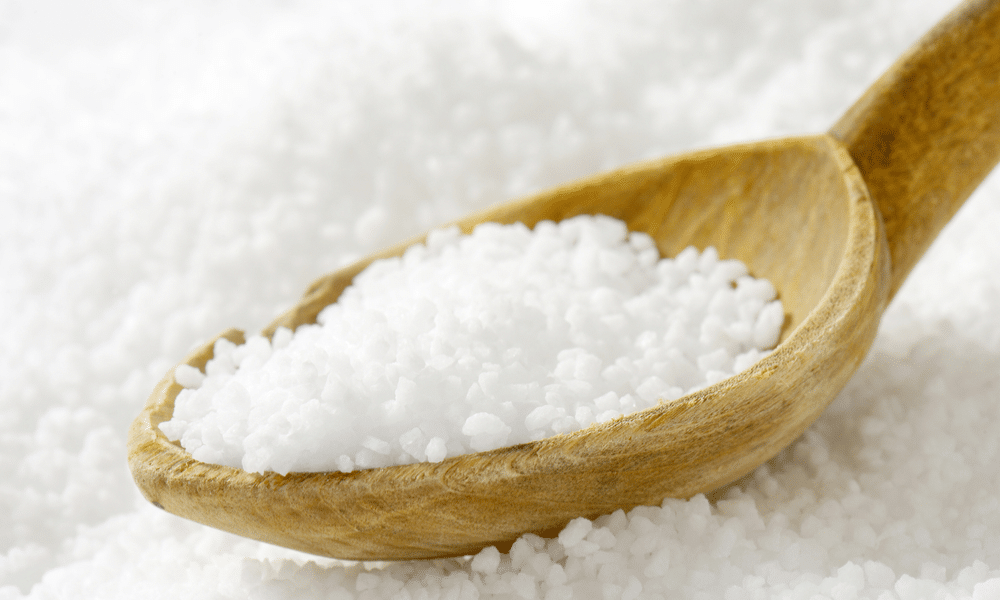 The cherry juice, dietary changes, Bone Support, magnesium oil and Epsom salt should resolve the underlying causes and relieve your painful gout symptoms. But if they don’t, then try Dr. Wright’s unique lithium treatment, and take 10 to 15 mg of lithium orotate (available at health food stores) twice daily, along with 2 grams of vitamin C.