The basic building block of the body is the cell. Our bodies are made up of trillions of different types of cells. These cells are directed by genes to grow into certain tissues or organs, to perform certain functions, to divide to form new cells, and eventually to die. As old cells die off, new cells take their place.

Cancer begins on a cellular level, when abnormal cells grow out of control, eventually invading surrounding tissues. Most cancerous cells result from a change in or damage to genes, called a mutation. Cancer cells behave differently from normal cells. These malignant cells do not obey the instructions from the genes and die off, but form a mass of tissue called a tumour, or travel throughout the body through the blood and lymph systems. Not all tumours are cancerous. 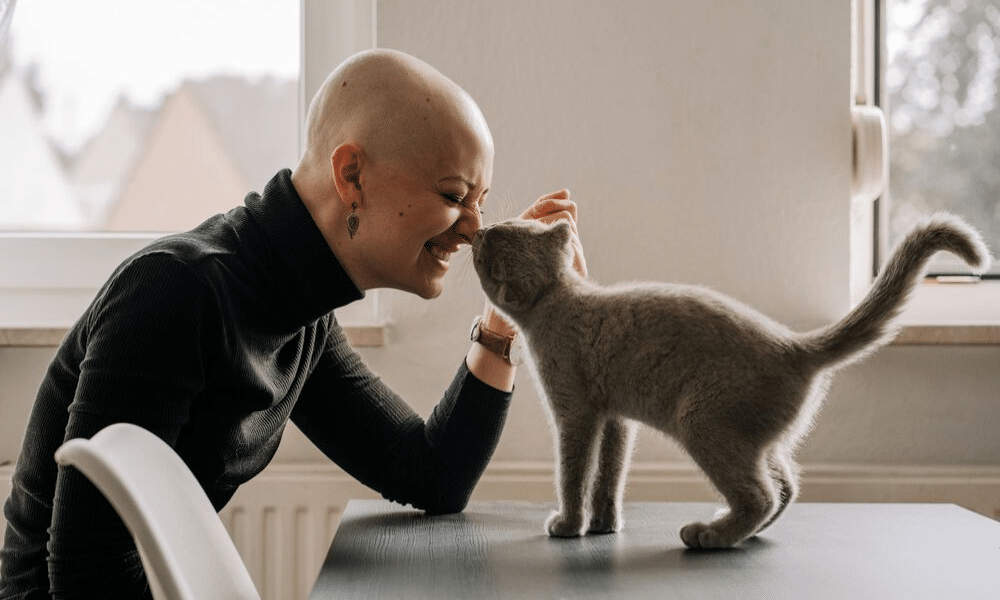 The causes of cancer can be complex, and very often the cause of a specific cancer can’t be identified. Risk factors include genetics, smoking, an inactive lifestyle, an unhealthy diet, radiation, pollution, being overweight and advancing age. The Canadian Cancer Socity says that approximately half of all cancers can be avoided with a healthy lifestyle and policies that protect the public from suspected carcinogens such as asbestos, second-hand smoke, ultraviolet-emitting tanning devices and air pollution.

Cancer is the leading cause of death in Canada, and the second leading cause in the U.S., behind heart disease. The sooner a cancer is discovered and treatment begins, the better the chances are that the treatment will be successful. Cancer is usually treated with chemotherapy, radiation therapy and/or surgery.

I am so delighted to be able to share this “hot off the presses” information with you.

Dr. Tullio Simoncini, an oncologist in Rome, has discovered a cure for cancer that works 90% of the time with tumors that are under three cm and it is so simple, it’s beautiful. It essentially involves treating the tumor or cancerous area with… baking soda!

Why does this treatment work? Because Dr. Simoncini maintains that cancer is a fungus. Therefore, just as millions of women who treat their Candida infections with baking soda have discovered, fungus does not do well with baking soda!

The 10% failure rate is due to bone cancers – they have been unable to come up with a way to get the baking soda inside the bone.

Dr. Simoncini explains this in person, on Doug Kaufmann’s TV show (p.s. I’ve been on Doug’s show twice and he has been educating people about fungus for a decade or longer):

Cancer Is A Fungus – Part 1

Cancer Is A Fungus – Part 2

You can also visit this site below and listen to a radio interview where Dr. John Apsley explains the baking soda treatment for cancer in detail and gives you the exact formula and delivery methods for different cancers. You can then take these formulations and instructions to your integrative medicine doctor and begin treatment if needed.

Also important to note, Dr. Simonicini himself warns about a number of instances where the sodium bicarbonate cancer treatment will not be effective, or have reduced impact:

The following information is taken from Dr. Simonicini’s website:

1. The sodium bicarbonate has to be directly in contact with the tumour. Simply using it to induce alkalinity will not have a beneficial effect:

“In order to achieve the most detrimental effect on the tumours, the sodium bicarbonate must be put in direct contact with the damaged tissue. It is also possible to put specific catheters (port-a-cath) in the arteries that run to the different conventional endoscope methods. Furthermore there can be used clysters, drip infusions, irrigations and infiltrations at the places where the tumour has grown.”

“Usually local perfusions with sodium bicarbonate are effective in breast cancer. If the size of the lump is less than 3 cm, it can completely shrink after a cycle of 6 injections. The treatment has to be repeated if the lumps are bigger 4-5 cm. After the local treatment it is necessary the intravenously administration of 500 ml 5% sodium bicarbonate, 6 days on 6 days off for 4 cycles.”

“My experience has taught me that radiotherapy, whether it is used as the first treatment option, or later in the progression of the disease, very rarely brings positive lasting results. This is with the exception of some tumors – for example, in bones or lymph nodes – that can actually benefit from this treatment. In these cases, especially when there is circumscribed localization in bones, radiotherapy always turns out to be a useful and fast weapon when associated with the simultaneous administration of bicarbonates and drugs that protect bony tissue.”

“Although in a limited way, surgery can in some cases be very useful, especially where the dimensions of a tumor do not ensure a sufficient perfusion of saline solutions. This is the case, for example, of intestinal neoplasias that are difficult to reach with endoscopic catheters. It is the case for all testicular tumors, themselves resectable before metastatization occurs because of their position which is located at the extreme end of the anatomical vascular and spermatic structures. Possible auto transplants with marrow “washed” in bicarbonate, tumors of excessive dimensions requiring a drastic preliminary reduction of their mass (peritoneal, pleural, skin tumors and others) can also need surgical intervention. In all cases it is wise to highlight the need always to administer sodium bicarbonate solutions, before and after the operation, as they prevent new germinations of fungi and thus the formation of metastases. I am convinced, for example, that a resection intestinal intervention for neoplasia combined with infusions of sodium bicarbonate would succeed in almost all cases, as local or remote relapses could not occur.”

“Sodium bicarbonate is not effective in the thoracic localizations of a leukosis (Kahler’s disease). Local infiltrations can be performed in case of strong pain.”

“Leukaemia is not always due to a fungine infection, so that’s why it is difficult to cure it. Moreover leukaemia can be a reaction to a fungine mass, whose localisation is unknown.”

“If the fungus are sensible to the sodium bicarbonate solutions and the tumour is smaller than 3 cm, the percentage will be around the 90% , for terminal cases in which the patients is in reasonable good conditions is 50% and for terminals patients just a small percentage.” 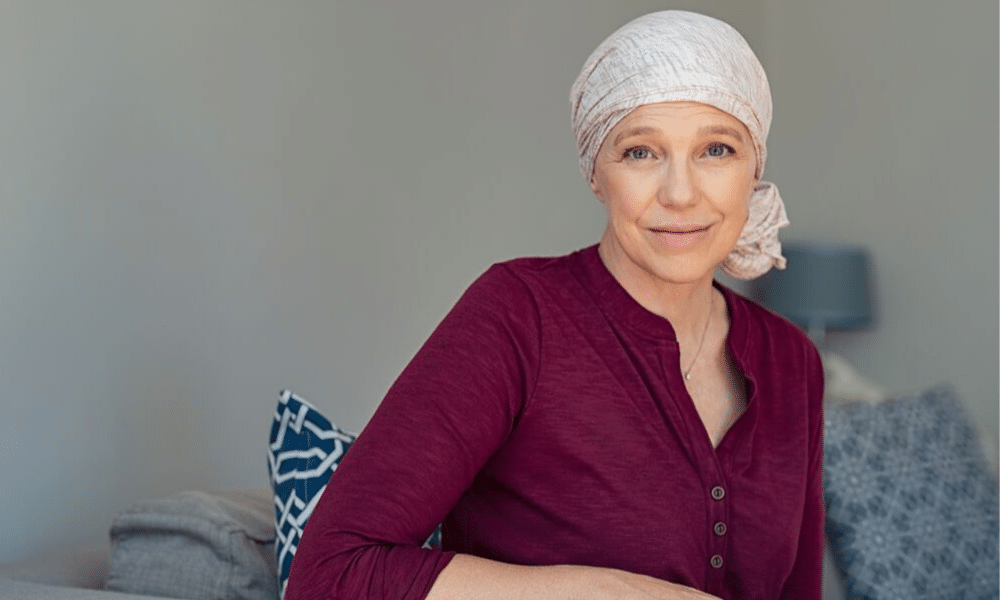 Not surprisingly, Dr. Simoncini has since lost his medical license (he is currently in litigation to get it back), but regardless, there are dozens of clinics and hospitals in Rome and North of Rome who are continuing to implement his protocols. Keep an eye out as it won’t be long before Cancer Institutes, the FDA, Big Pharma and numerous others who make billions out of cancer treatment, or the “search for the cure” for cancer release “studies” discrediting his protocols. Unfortunately, a quick look at the past shows this happens with every natural remedy or protocol that is very effective. We just need to stay savvy and not be swayed by the propaganda when it comes down the pipe.

As those of you who have done any research on this topic know, there are actually numerous natural treatment protocols that are highly effective at curing cancer. However, this one is definitely worth incorporating into treatment, because not only is it so simple, it is very quick too.

Here’s some more information on this treatment, plus a discussion of why chemotherapy is not effective and 75% of doctors said they would not undergo chemo if diagnosed with cancer.

Of course, as with healing any disease, you must then make the lifestyle, environmental and dietary changes necessary to prevent future fungal infection, if you want to remain cancer-free for the rest of your life. But then, this applies to all of us anyway.