An Unconventional Natural Remedy or Preventative For Breast Cancer

Here are some extremely important data points about breast cancer that most of us have never heard:

Can BRAS cause breast cancer? How exactly is that? 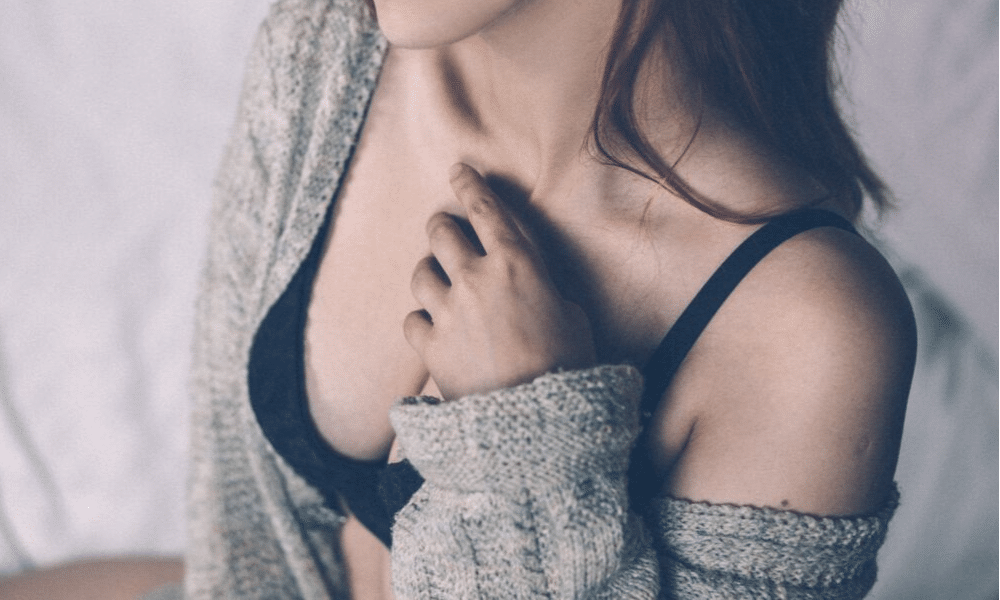 “Our theory explaining these findings is that the bra, an elastic garment designed to alter breast shape, applies constant pressure to the soft breast tissue, compressing and constricting lymphatic vessels. Evidence of this constriction are the red marks and indentations in the skin left behind by the bra. Since the role of the lymphatics is to flush out toxins and debris from the tissues, impairment of lymphatic flow can lead to the toxification of the breast tissue. These toxins include endogenous toxins resulting from the consequent tissue hypoxia, as well as the exogenous toxins that contaminate our food, water and air in our petrochemically polluted world. Many of these toxins are carcinogenic. The bra concentrates these in the breast by preventing the lymphatics from flushing them away. Of course, this means that the cause of breast cancer is not the bra, per se, but the toxins that the bra concentrates in the breast tissue due to lymphatic impairment.

Interestingly, when you look at the worldwide statistics on breast cancer, it is clear that it is only a problem in cultures where bras are worn. No bras, and men and women have about the same low incidence of breast cancer. And the bra link also explains various breast cancer risk factors, as we discuss in Dressed To Kill.

While more research is clearly needed to further study this link, we believe it is prudent medicine to recommend women abstain from bra wearing as a precaution. There is no reason for wearing a bra, apart from fashion. The human body was not designed with a flaw that requires modern lingerie for correction. Like the absurd and destructive fashion of foot binding in China, women in the West bind their breasts.“ 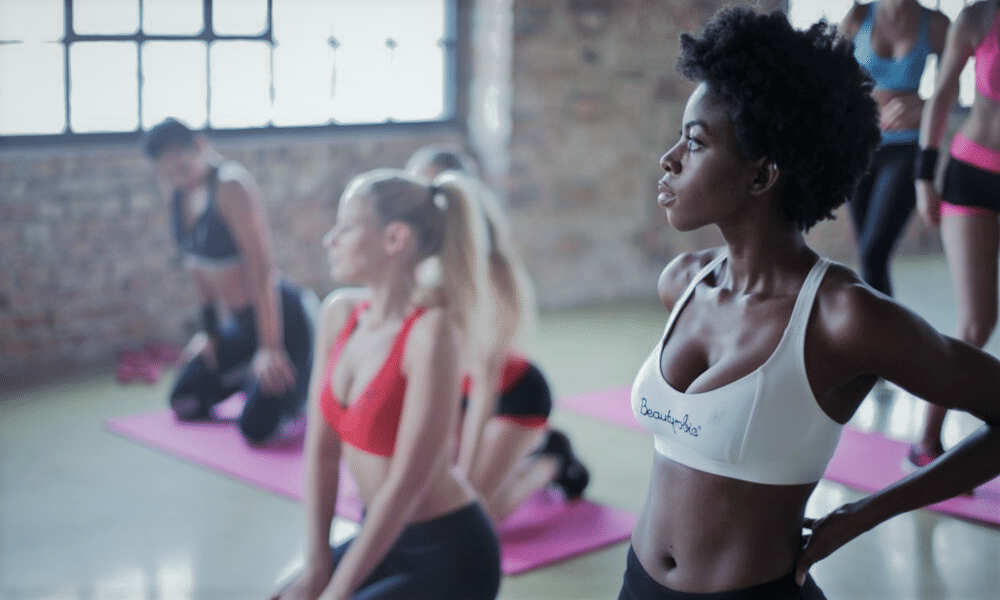 When this research first came out back in 1995, I immediately stopped wearing a bra. To be honest, I hated the things anyway, and by that point was only wearing the light, stretchy cotton bras by Evita. After this research, I wore undershirts and camisoles instead.

Then as the years wore on, I started to wonder: Why am I ashamed of my nipples? Who decreed that even the outline of a nipple should never be shown?? So then I began eschewing the undershirts and just wearing a normal shirt – ahhh, the comfort and freedom of it.

I must admit, it’s easy for me to go bra-free because I have small breasts. If I had large, heavy breasts that hung to my belly button when bra-free, I imagine it would be much more difficult. But, I would still do it, except on special occasions. Because there’s another benefit to going bra-free, as Dr. Singer and Grismaijer relate:

“Then something happened that we had not foreseen. Some courageous women who had heard our message tried going bra-free and reported their experiences to us. Within weeks, if not days, most of these women experienced a profound change in their breast health. Breast pain and tenderness virtually ended. Cysts that had needed regular aspirations disappeared. We began to realize that fibrocystic breast disease, common in bra-wearing cultures, should be called ‘tight bra syndrome’. It all made perfect sense, of course. The bra was causing secondary lymphedema of the breasts due to constriction of the lymphatics. The accumulated fluid caused increased tissue pressure with associated pain and tenderness, and eventually developed into cysts. While the fibrous tissue that develops in long standing cysts takes more time to resolve, relieving the pressure by eliminating the bra allowed the cysts to drain, alleviating the pressure and discomfort. (This also explained why many women have breast myalgia near the time of their menstrual period. Estrogen levels are elevated at this time, increasing overall body fluid retention and increasing breast size. However, women typically wear the same size bra all month long, making it particularly tight at these times, increasing breast pain. Once bra-free, this syndrome usually stops.)

The results are fast, impressive and transformative. It was this link with fibrocystic breast disease that helped keep our bra-cancer theory alive. While it didn’t prove the cancer connection, it did show that the bra was damaging the breasts, adding support to our claims.

We then did a follow-up study to our first US study. This time we went to Fiji, where half the population is bra-free. We approached the Health Ministry and asked for their assistance. Once we told them our theory, they exclaimed, “That explains why our working women are now getting breast cancer! They are the ones who wear bras!” Over the next few months we went from village to village and obtained over 20 case histories of breast cancer. All were in women who wore bras. We found that, given women from the same village (genetically related), with the same diet, the ones who developed breast cancer were the ones who wore bras.”

Since doctors Singer and Grismaijer published their research, there have been three Japanese studies confirming their findings. Why has the Japanese medical establishment picked up on Singer/Grismaijer’s research and furthered it, while the U.S. has ignored it? Follow the money, honey.

Until recently, Japan has been largely a non-bra wearing culture. However in the U.S., the bra industry is a multi-billion dollar enterprise. And how many billions of dollars a year are spent on breast cancer research and treatment? It seems like every other month there’s some pink-ribbon run to raise funds for breast cancer in my town.

Is it hard to go bra-free? Heck yes! You don’t realize how screwed-up our culture is about breasts until you step outside the box. Take breastfeeding as one example: On the one hand you have every fashion magazine and most women walking around with their breasts pushed up, plumped out and on display as much as possible. Then you have a woman who tries to feed her child and she is barred from airplane flights, kicked out of restaurants and asked to leave stores (yes, these incidences have really happened).

So what can you do to make the transition to bra-free easier?

Embrace the idea that if a woman packed into a bra who looks like this is acceptably sexy in our culture:

Then a bra-free woman who looks like this can also be sexy:


And what’s wrong with a bra-free woman who looks like this?: 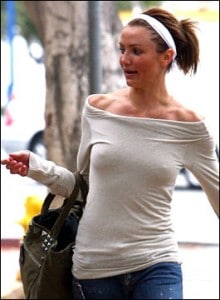 We’ve all felt horror at the pictures of Chinese women who bound their feet and crippled themselves. So why are you following the same type of cultural dictum – binding your breasts, risking bra-related cancer and possibly death? What’s more important?

P.S. Here’s a picture of me (bra-free as always) and can you even tell?? 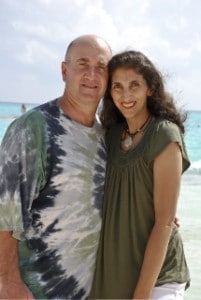 TORONTO, Nov. 4/09 /CNW/ – Breast cancer is a disease so directly related to vitamin D deficiency that a woman’s risk of contracting the disease can be “virtually eradicated” by elevating her vitamin D status to what vitamin D scientists consider to be natural blood levels. That’s the message vitamin D pioneer Dr. Cedric Garland delivered in Toronto Tuesday as part of the University of Toronto School of Medicine’s “Diagnosis and Treatment of Vitamin D Deficiency” conference – the largest gathering of vitamin D researchers in North America this year.

See my blog post about vitamin D to find out what amount of vitamin D you should be supplementing each day, and which preparation I recommend.